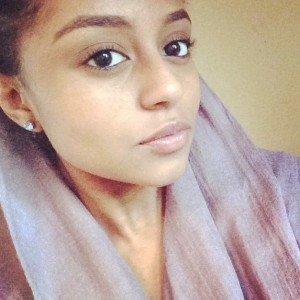 My name is Sarah and I was born in 1998 with Amniotic Band Syndrome. It affects my fingers and toes, some of them are shorter and I have two bands on two of my fingers.

I’ve had more than several surgeries since I was born. My fingers were actually fused at birth and I had to undergo surgery to separate them. I also had surgeries to revise fingers and to remove bands and webbing.

During the 17 years I have been alive I haven’t had trouble with doing anything, my hands and feet are completely functional and I am grateful for this.

Growing up, well I guess I still am growing up, during primary school I didn’t experience a lot of teasing but I experienced a lot of ignorant reactions. People were curious in a way that would make me upset, some would ask why my hands were like this and some people would point and stare. I remember my reply would always be ‘I was born like that’.

I did have a lot of friends, thankfully, during my childhood and I think once I told them ‘oh look I was born like this, my hands are different’, they never really asked me again after that, and they realised that I was exactly like them once they got to know me. I remember once, my friend in year 4, when I was about 9, asked if she could touch my hand. I found this really funny and weird as I wasn’t that sensitive. It was only when I grew up that I became sensitive and insecure, as a lot of teens do- even those without syndromes.

There were times when people would remind me I was different. One time, when I was aged 12, I had made a new friend and as soon as she had seen my hands she was fascinated and intrigued. Unfortunately it was because she wanted me to show my hands to her brother ‘to scare him’. This hurt me a lot and I did cry, for a long time. Even now when I think about it still upsets me.

What would make me especially upset is that I think I would forget that I was different most of the time, and then when someone reminded me that there is in fact something ‘abnormal’ about me, I would start to think about it a lot and feel really weird and awkward as if it wasn’t me with the ‘problem’ but as if it was someone else because I couldn’t see myself like that- with a problem. I’ve always seen myself as equal to everyone else.

As I was later super self conscious during secondary school, a lot of awkward situations occurred for me. In class, for example, when the teacher would ask for a demonstration I would always feel like everyone was staring at my hands. Also, when the teacher would tell us make gestures with our fingers for activities, for example rating an activity using our fingers (stick up 5 fingers if you understood). I would dread these little things, because they would make me feel really uncomfortable and unlike myself. During most of my school years I would pull my sleeves over my hands, and I would even write in class with my sleeves over my hands clutching them in between my fingers. This way nobody knew, but it made me feel so awkward that I was uncomfortable with something that is a part of me- that I was uncomfortable with myself. There was also a time during school that I wore gloves indoors as I was too self conscious that my peers would judge me and avoid befriending me.

I don’t do this as much anymore, but when people begin to stare or notice my fingers I quickly move my hands out of sight or keep them under the table because I constantly feel paranoid.

I think now that I’m older, people are less ignorant and more understanding and I don’t get asked and people do not comment. But I am still growing and I hope I’ll feel more comfortable with myself in the future.

I think this is the bit where I try to give good advice so here goes.

There’ll be times when you feel so awkward about the fact that you look ‘different’ and this can lead to you getting really upset with yourself. But life is so short and there’s so much we CAN do so why should we focus on this one thing that we can’t do which isn’t even to do with functionality its appearance. The only thing we cannot do is be like others and we don’t need to. I hope this helps.

Email the author of this story

6 thoughts on “Growing up with ABS – Sarah’s Story” 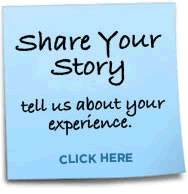 Get new stories by email

Born with a Birth Difference 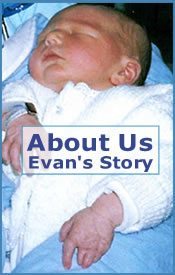